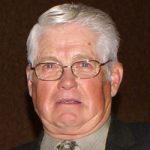 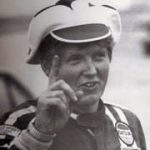 1967 he and Don Horne entered the Shell 4000 car rally from Vancouver to Montreal.

1980 finished 20th out of 200 cars in the World Endurance race in Sarnia, Quebec. (one driver lasts as long as he can stay awake, he lasted 56 hours).
– After all this he went as crew for his son Glen where they raced in Canada, USA and Russia.
– He continued racing his GT2 Datsun at Shubenacadie, winning two Maritime championships.

2006 with navigator, Greg Turner, he entered the 2500km Targa Rally in Nfld. He totaled his car the first day. However not to give-up, with much help and parts, back they went in 2007. This time they finished the five-day rally, second in their class.