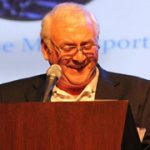 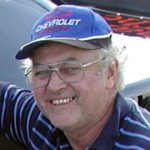 Started racing in 1962 at the Airport Raceway, Saint John, NB, at age 16. In his career, he has had hundreds of wins throughout the Maritimes, Ontario, and USA.

Franks history reads like this: a racer, a racecar builder, a team owner, a promoter, a race director, a mentor and the Vice-President of the Maritime Motorsports Hall Of Fame.

Frank was inducted into the Colchester Sports Heritage Hall Of Fame Nov. 5, 2010.