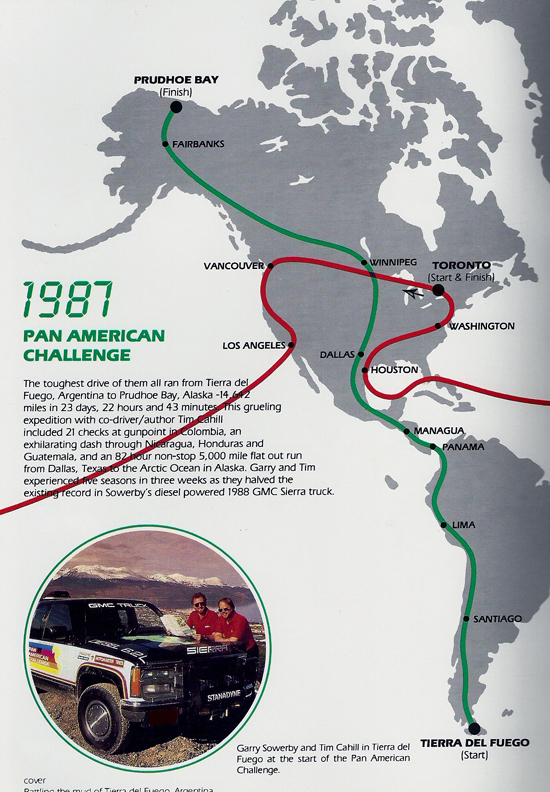 Garry Sowerby has completed some of the longest drives in the world, and in record times…

Four entries in the ‘Guiness Book of World Records’ for endurance driving:

Other drives he has completed include:

His endurance vehicles have been displayed in the Petersen Automotive Museum exhibit in Los Angeles, California

In 1992 he smuggled 4,000 children’s books to Moscow libraries and schools

Garry is a continuing member of AJAC (Automobile Journalists Association of Canada), a columnist for the Halifax Herald newspaper, and the author of a book entitled Sowerby’s Road… Adventures of a Driven Mind