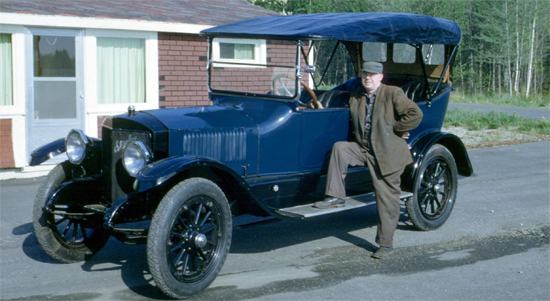 “The Father of the New Brunswick Antique Auto Club”

1929 – Converted Model A Ford chassis to a snowmobile, with tracks

1929 – started restoring cars, a passion that continued for more than 47 years during which time he completed at least 15 projects

A maritime pioneer in collecting and restoring antique automobiles

Started a road building business in 1929, retiring from it after 45 years to continue until 1981 as a leading consultant on asphalt paving in New Brunswick and Nova Scotia