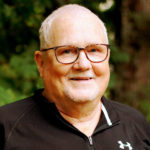 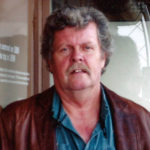 Merrill Cronin and Kevin Power were co-inducted as track owners.

Merrill developed a love of speed and all things mechanical, trying his hand at drag racing, stock car racing and snowmobile racing. His greatest contribution was to the establishment and development of stock car racing, in particular on PEI.

In 1981 Kevin, Merrill and Doug Young purchased the drag track at Oyster Bed Bridge, PEI. A couple of years later they bought out Doug. In 1984 after arson burned the drag building they decided to rebuild and expand to include a quarter mile dirt stockcar oval. In 1985, opening night for the stock car track there were between 2,000 and 2,500 spectators turn out for the show.

They reinvested their earnings for safer barriers, more stands, improve lighting and pave the track in 1987. At this point Merrill sold out to Kevin. Kevin sold the stock car track in 2010, but still operates the drag track. Recently the RPM magazine featured his annual “Pinks With a Twist” race which raises money for cancer. Such names as Shirley Muldowney, Barry Paton and others have raced there. The track is the longest running drag track in Canada, some 45 years.