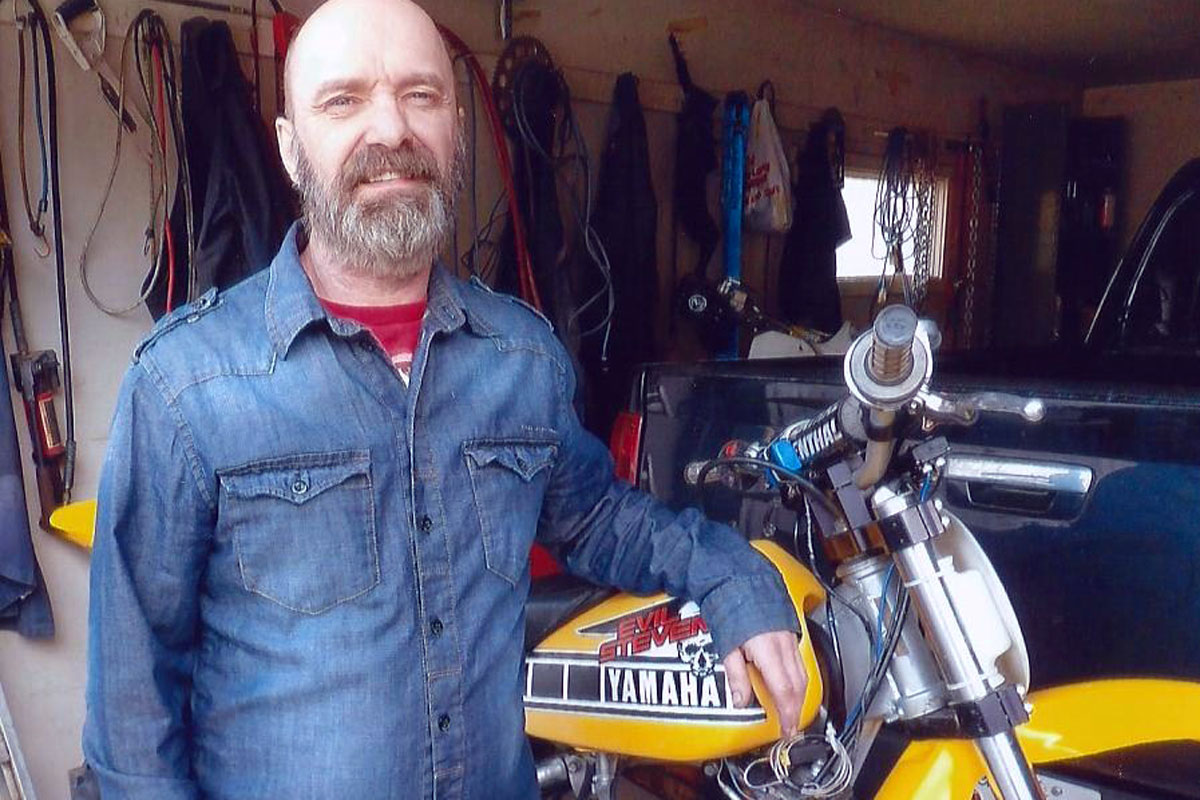 Steven Patriquin was first introduced to racing in 1966 when his father took him to the races at River Glade Speedway, he thought the race car drivers were supermen from far away.

He loved the motorcycle races the first time he saw them. In the ’70’s sidecar motorcycle riding was a big thing and on TV so he dreamed of driving one. In 1977 he got his first motocross bike, a 1977 RM125. He also got a nickname, Dare Devil Steve.

At age 18 he moved to Calgary. He started riding at Mt. Rose Park in Calgary and caught the eye of a race director who asked him to race with them. In the next 10 years, he won many races and nine championships. Steve met Gord Laland, a sidecar racer. In no time they were winning races and won the CMA Alberta Region Championship in 2003.

In 2009 he met Robert Law, a sidecar racer, so teamed up and won the National Championship at Rocky Mountain House, Alberta on Cow Lake. In 2012 was CMA National Sidecar Champion, with a new partner.