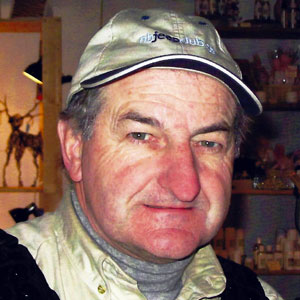 In 1970 Trueman bought his first snowmobile, a used 1966 Bombardier. He hasn’t been without a snowmobile for over 47 years.

The Southeastern New Brunswick Snowmobile Associations’ first executive meeting was held on September 22, 1986, with Trueman as a founding member, serving as a Director for many years.

Trueman and Bob Alcorn purchased a Tucker Snow Cat groomer for the Club.

He and his friends built and maintained shelters, bridges, and stocked shelters with firewood.

Trueman was a Team Captain with Snow-White/Blanch-Neige for nine years.

In 1991, the last year for Snow-White, he was awarded Team Captain of the year.

He has traveled around NB, NS, NL, QC, ON, NH, ME, and Yellowstone National Park

He is also a member of the Moncton Corvette Club.