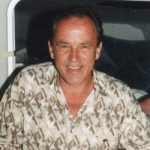 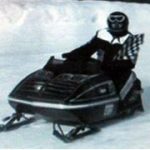 1978 Bob was inducted into the Arctic Circle Club.

1979 He won the Buckingham Memorial Trophy for Most Sportsmanlike Competitor.

1980,’81 Bob’s snowmobile finished first in most of the races he competed in.

1982 There were 138 snowmobile entries and Bob Alcorn was the Grand Winner.

1983 His Arctic cat machines made him Top Dog in the sprint oval classes defending his ’82 title.

1984 He was the Maritime Snowmobile Racing Federation oval racing champion.