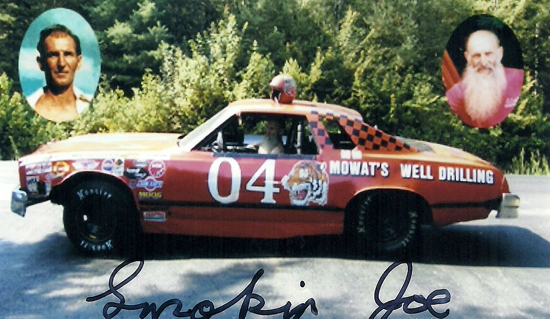 It’s hard to say whether ‘Smokin Joe’ is better known for his driving, his orange No. 04, or his long grey beard…

Won his first championship in 1966 at New Maryland

Inducted to the Minto Sports Wall of Fame in 2007

Started racing in 1964 at Barker’s Point Speedway near Fredericton, driving a 1953 Ford flathead